Gwent is played for pleasure, a pleasure that is highest when playing in good company – and the best company of all is that of old and true friends. Therefor you’ll have to play against a handful of Geralt’s long-time compaions and familiar faces of the Witcher history.  In the Old Pals Quest you’ll have to talk to your friends in the game and slap down cards in a  hand or two of gwent instead of searching for notices boards to begin this Quest.

The Quest can be started by talking to you old pal Zoltan Chivay in the Rosemary and Thyme in Novigrad and challenging him for game of Gwent. After you’ve picked is unqiue Eithnè card another old pal gets unlocked, Venon Roche. You can find him at the Temerian Resistance Camp in Velen. Challenge and defeat him to receive the unqiue Saskia Saesenthessis card.  He’ll next send you to play against Lambert when you get a chance. Lambert is only available for a short time during a side quest Following the thread where you’ll meet him or later at Kaer Morhen. Once you’ve beaten Lambert in Gwent you’ll receive the unique Triss Merigold card from him.  The last and legendary Geralt of Rivia card in this Quest can obtained from Thaler.  He can either be found at a Troll’s Cave or at the Seven Cats Inn, depending on your quest progress. To find him you must start the side quest: A deadly plot (if you have not started it yet) or you’ll receive and additional Gwent Quest: Play against Thaler once you encounter him in the game. Once you’ve challenged and defeated him you’ll receive the leganday Gerald of Rivia Gwent card. 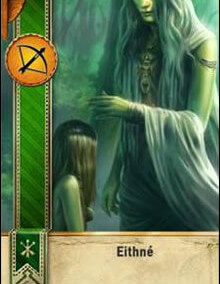 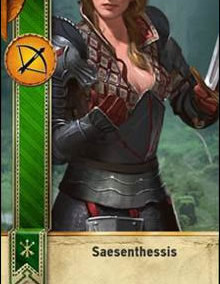 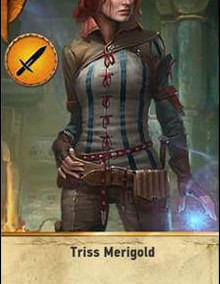 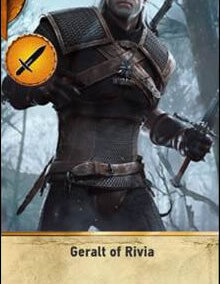 The following objectives must be completed to finish this Quest: